Stone Key was founded in May 2008 and is led by Michael J. Urfirer who has spent more than 30 years advising leading companies in both the Government and Commercial Technology industries. At Bear Stearns, he was instrumental in generating approximately $750 million in advisory and corporate finance-related revenues for the firm. Over the course of his career, he has played meaningful roles in many of the most complex, industry defining strategic transactions that have helped to shape the current landscape for participants in the Government and Commercial Technology sectors. In Aerospace & Defense, Michael has earned recognition as one of the industry’s most influential advisors. 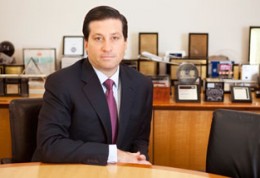